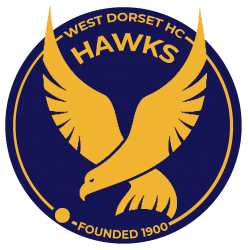 The Hawks were founded in 1900

Bridport hockey club was formed in 1900.

Pitch issues meant it amalgamated with Beaminster hockey club in 1947 becoming West Dorset hockey club. Originally the club played on grass behind Palmers brewery in Bridport, but as astroturf pitches became more common it used pitches in Sherborne and Colyton as home pitches, before coming back to Bridport with the building of a new astroturf at the Colfox school in 1999.

The club soon went from strength to strength fielding 3 teams at one point – which is phenomenal for a town of Bridport’s size. In 2004 the men’s 1st Team under ledgendary captaincy won a two game play-off and was promoted to South Divison 2 of the Gerrard Hockey League to play regional level hockey.

Since then Bridport Hawks has continued to attract players from all over West Dorset and has thus decided to revert back to West Dorset HC.

In it to win it